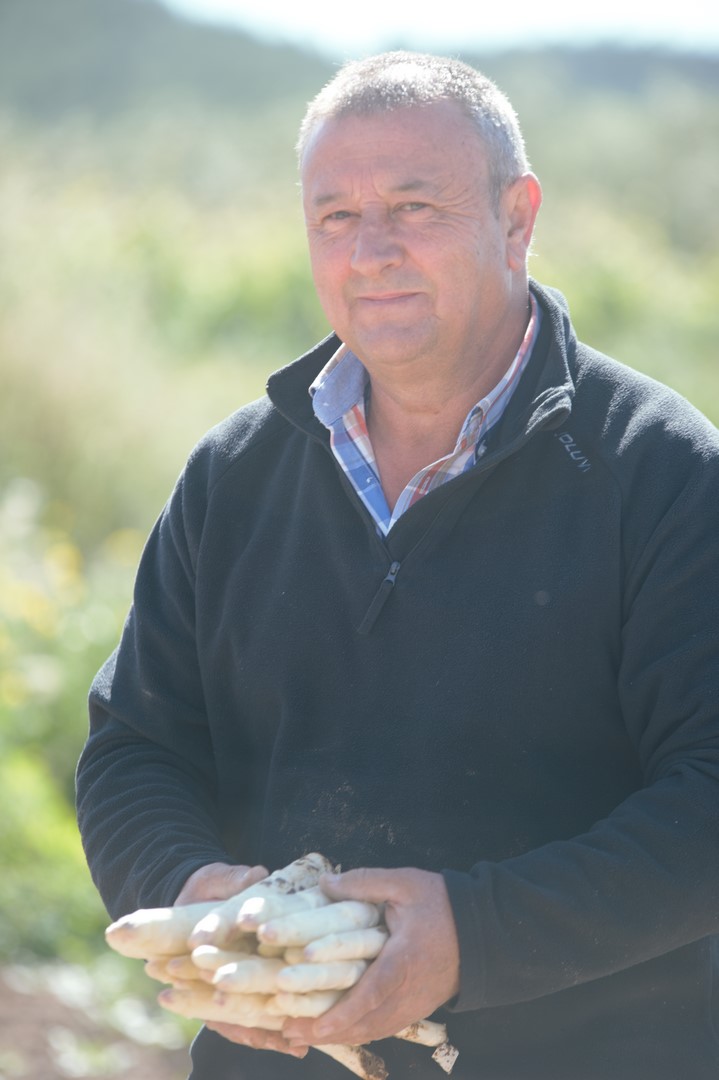 An agricultural expert and then into the field, “sitting down wasn’t his thing”. He started growing asparagus, as it was something he had grown up with at home, and later, when irrigation was extended in the area, he decided to diversify his crops to complete his harvest with peppers, artichokes, some vines and fruit trees. 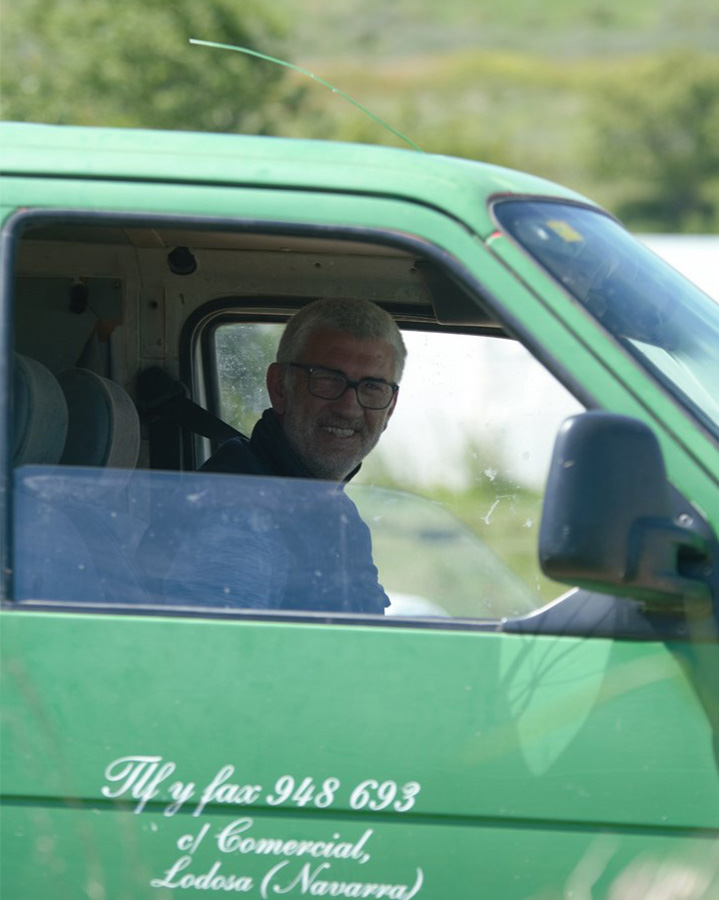 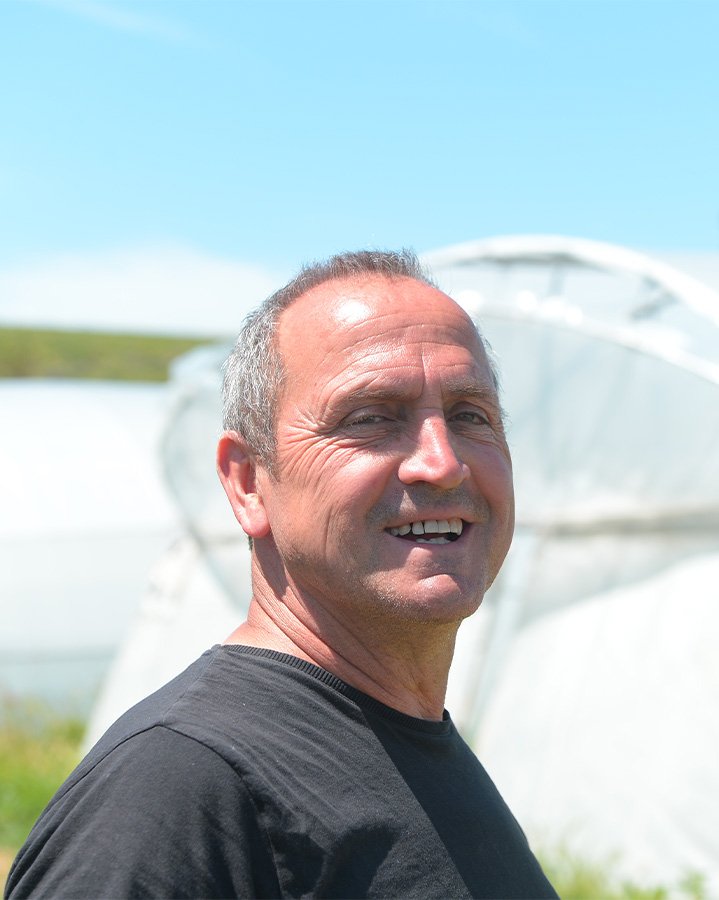 Jaime has been farming for 32 years. He started with his father at the age of 19 and in 2001/2002 they began organic farming.  La Torre Verde started off in 2007 but Vicente and Jaime had already been working together for a few years.  Jaime used to bring peppers to the factory with his father, hence their relationship.

In 1998 Vicente went into organic farming. After two years of conversion they started off with their organic produce in 2000.

Previously he had a small farm with greenhouses of 5600 square metres with vegetables and worked alone.

They decided to join forces and move the farm to Lodosa.  Now they cultivate an area of 23 hectares and 12,000 square metres of greenhouses.  Vegetables and greens all year round. 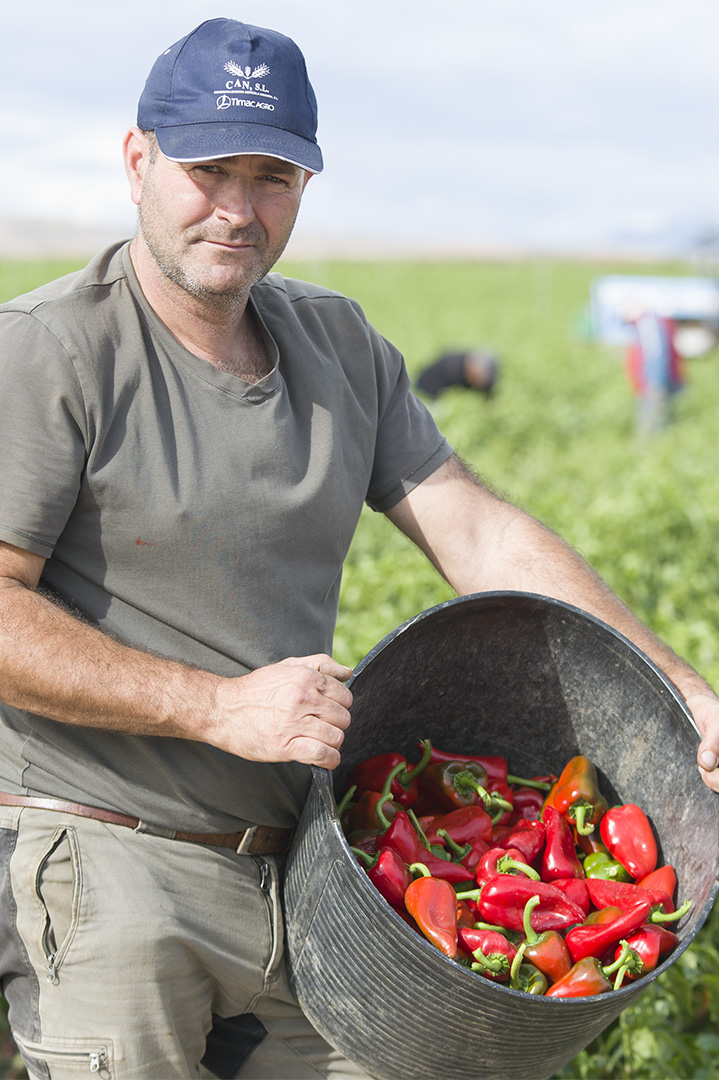 His father was a farmer and has always helped him.  They worked as a family, we could say he grew up in the countryside.

At the beginning they worked with other farmers, what was known in the old days as “tornación”, they helped each other with their different produce.

Nowadays he is still working as a farmer, focusing on peppers and asparagus.

They returned from Italy in 2000 where they worked selling aromatic herbs and organic spices.

Their father was a farmer, working in the fields all his life.

On their return, they focused on improving the techniques of organic farming at a time when it was not yet well known in our country.